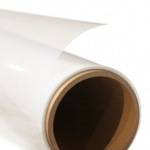 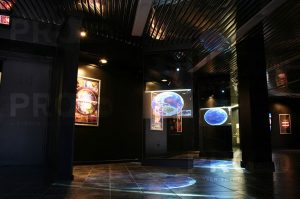 Intrigue film should always be used with an off axis projection set up, you should always direct the light from the projector so it is not directed into the viewers eyes but into the ceiling or on the floor

Intrigue clear rear projection films should be used in light controlled environments, indoor malls, museums and settings where the ambient light will not wash out the projected image. 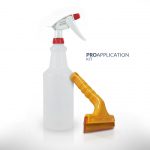 recommend getting some samples to test in your environment. Standard sample kit’s will include Intrigue film and our other standard films, our specialty films are not included in our standard sample packs but you can contact a representative and they can assist you with your request.

Questions about how Intrigue rear projection films work, apply or how they may fit into your project, feel free to contact our design dept that will gladly help walk you through any of the steps needed. We commonly assist our customer and dealers with everything from specifying the right projection film and projector for the project and environment, to adding touch films, projector enclosures, enclosure lifts and fabrication of the displays themselves.