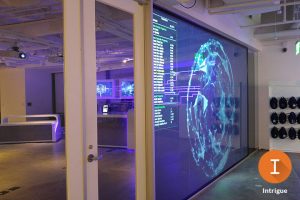 be used in light controlled environments for ultra deep black and rich beautiful contrast that will showcase your content, you can also go to the opposite extreme to uncontrolled ambient lighting in front and behind the film

We do recommend about 20% more lumens when using our Definition Pro rear projection film, due to the black color of the film which rejects the ambient light and ads contrast we do suggest increasing the lumens when purchasing definition pro film 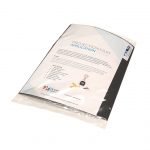 than window tint does. You can purchase a Application kit with your purchase or definition pro film and we recommend getting some samples to test in your environment, a standard sample kit will include Definition Pro film and our other standard films, our specialty films are not included in our standard sample packs but you can contact a representative and they can assist you with your request.

Any questions about how Definition Pro rear projection films work or how they may fit into your project, feel free to contact our design dept that will gladly help walk you through any of the steps needed, we commonly assist our customer and dealers with everything from specifying the right projection film and projector for the project and environment, to adding touch films, projector enclosures, enclosure lifts, anti glare films and fabrication of the displays themselves.