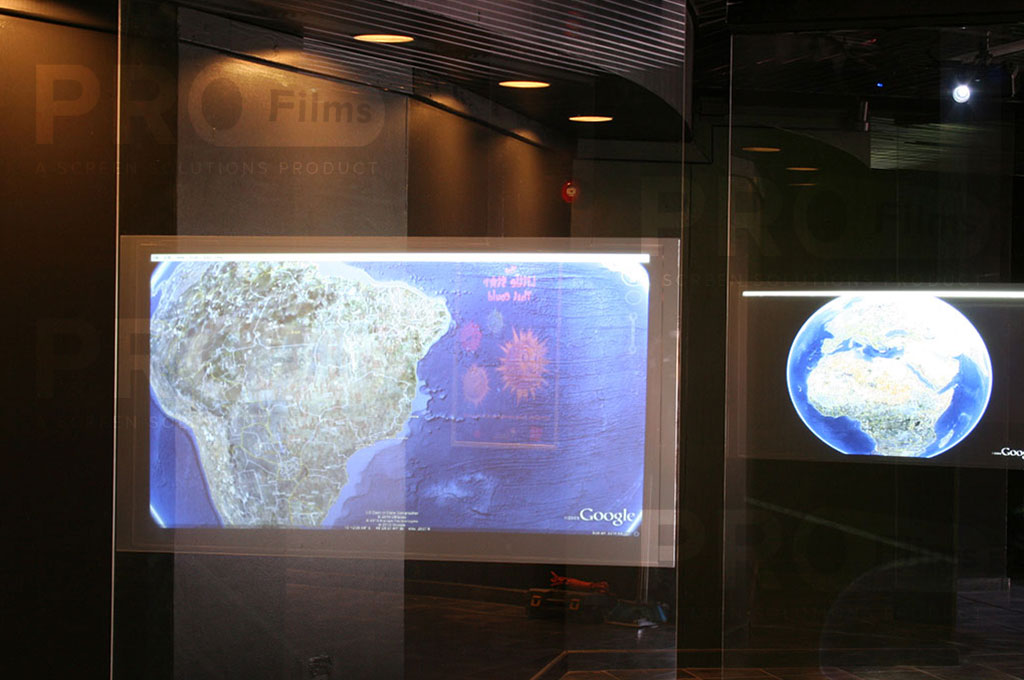 Intrigue Rear Projection Film is a mostly transparent rear projection film that gives a floating or holographic look to anything displayed from the projector.

Intrigue film will work with any standard projector or lens. However, we typically recommend ultra short throw or short throw projectors for use with Intrigue film. Because Intrigue film is 90+ percent transparent, any image or projected light will transfer almost completely through the film. This requires that the projector be placed off-axis so the projected image does not hit viewers directly in the eyes. An off-axis projection angle ensures that everything appears correctly and does not blind your customers.

Intrigue film is best used in light controlled environments and not in direct sunlight. If you are looking to create a store front display, or use a projection surface that has uncontrolled lighting, please look at our Definition and Definition Pro films.

The rule of thumb when picking a projector to use with Intrigue film is “the brighter the better”. For anything above a 50” screen size, we recommend 3000 Lumens at a minimum for best performance.