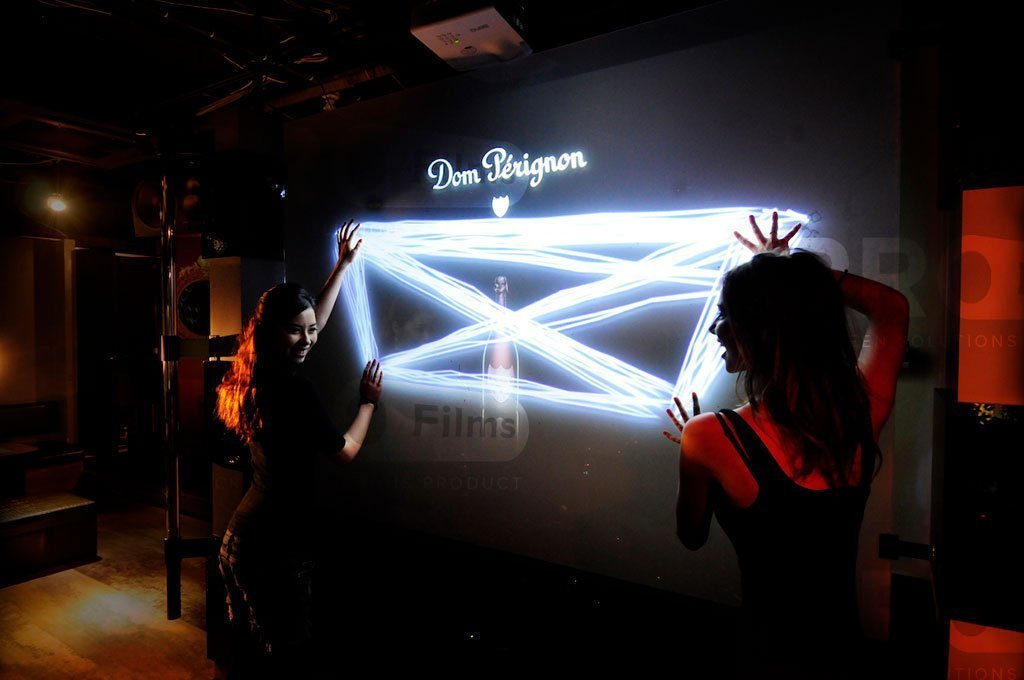 You can use any standard projector with Accent film, from short throw to standard and long throw lenses. You will, however, need to make sure the lumens (brightness) matches the environment and ambient lighting. Accent film is not meant for use in uncontrolled lighting or direct sunlight. Projects that are being used in this type of environment will benefit more from Definition or Definition Pro Rear Projection Films.

Accent film pairs very well with our Anti-Glare film. Applying Accent film to the back-side of the display and Anti-Glare film to the front-side will reduce glare and reflections that inhibit your image. Both films working together results in a crisp, bright, and glare-free viewing experience.

Tiling Accent rear projection films is a common practice. A few important rules to follow are:

Another thing to always be mindful of is to use the proper tools when applying rear projection film. Make sure to use an application fluid and a squeegee made for applying these types of films.

You can download our application guide for Accent Film here. If you have any questions or would like to talk through your installation before you get started, feel free to call us at any time during regular business hours. We will be happy to have a technician walk you through the proper steps.